((This is a guest post from a precious, sister-girlfriend who wishes to remain anonymous.  I hope this poignant and beautifully raw post reaches in and stirs you as it did me.))

I wouldn’t know where to start with describing myself, but the terms “hermit” and “quiet” have been thrown around a lot. “Salted snail” was once used to describe how I interact with strangers by a dear friend I’ve known since the third grade. For someone who doesn’t know me, I tend to catch them off guard (in some cases scare) when they come across me on a day I’m being loud and goofy. In the same way, they (and even people I’ve known awhile), don’t consider that a person who enjoys quiet and solitude also has moments where they crave company as well.
​

I can only speak for myself, but I crave and long company the most when I feel like I don’t want to be alone with my own thoughts. I don’t want to use the words “desperate” or “pathetic,” but, mentally and emotionally, that’s how I feel going down the contact list in my phone trying to find a friend to intrude on so I don’t have to be at my own house by myself. 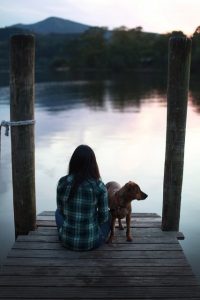 ​Ironically, it’s these moments when everyone happens to be doing something at the same time or isn’t up for company at the moment. It’s when I need someone the most, I find myself alone and back at the house listening to my dog snore in his sleep.​That statement comes off depressing at first, but once I finally sit down, whether I’m trying to listen or not, God always finds a way of speaking to me. When I finally give up the fight of trying to escape both my mind and my house and sit down and just be still, God speaks. 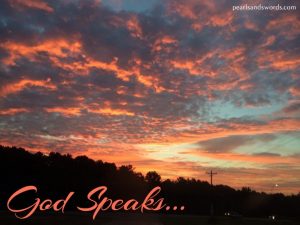 Earlier I said I felt desperate and pathetic when I needed someone else’s company, and I know that stems from knowing I’m being codependent when I’m a person that prefers to be independent. As a believer of God, though, codependent is what I’m supposed to be. Codependent is how we are made. However, in my times of frantically seeking out another person or a different house, I should be going home to my prayer table and Bible and seeking out my God. 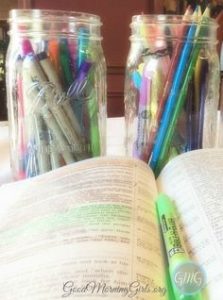 ​Philip Yancey writes in his book A Skeptic’s Guide to Faith that an entomologist named Annie Dillard told him of an experiment where entomologists enticed male butterflies with a painted cardboard replica that was larger and more enticing than the females of their species. Repeatedly, the male butterflies mounted the cardboard painting, and each time, as the male chose the painted replica instead, the living female butterfly opened and closed her wings in vain.

In the next chapter he writes that our Creator seldom imposes Himself upon his own creatures. “It requires attention and effort on our part to ‘remember your Creator,’ because the Creator slips quietly backstage. God does not force his presence on us. When lesser gods attract, God withdraws, honoring our fatal freedom to ignore him.”

​These “lesser gods” come to each of us in their own ways, constantly and at all times; the things in our lives we seek out and put first, far before God usually. Whether it be work or money, looks and name brands, a vehicle, TV, food, working out, laziness, or even craving the presence of another person; is God opening and closing His wings in vain as we chase after something that seems larger and more enticing in place of Him? 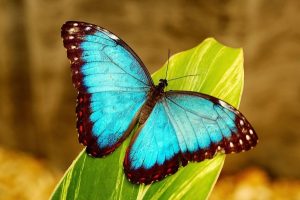 In a society where we are mostly free to do whatever we want and almost anything is easily available to us, we forget to use our gift of freedom to remember and honor our Creator. With our boredom and freedom, many enterprises and corporations have flourished and profited. There are markets full of beautifully painted replicas cashing in as we continuously mount them while God, the real void-filler and problem-solver, opens and closes His wings for us. 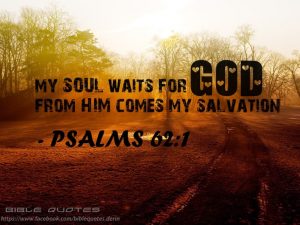